Maria Filopoulou, who was born in Athens in 1964, studied painting in Paris, at the prestigious Ecole Nationale Supérieur des Beaux Arts. She spent four years there, tutored by Leonardo Cremonini, and after winning a French Government scholarship she continued her postgraduate studies with Abrahad Hadad, learning lithography.

She paints to express herself, and to create a sense of personal freedom and space. ‘I observe the visible, and present my own reality’ she says. ‘Despite the constraints of the canvas, which allow me only two dimensions to work with, I am still able to create horizons that open up spaces, full of enchantment. I lose myself in the adventure of painting, among the ideas and pathways that my imagination summons up for me. The adventure is self-knowledge, and I am always hungry to know more, and to paint more.’

Her current work features swimmers. She feels that her swimmers experience absolute freedom, and that she too can feel liberated. The unique qualities of freedom, and the freedom associated with rhythm and breathing, are contrasts that provide her painting with a source of energy. For Maria Filopoulou, each painting is a new adventure, with an ending that cannot be anticipated.

Filopoulou has had 15 solo exhibitions in Athens and Paris, but the

Gallery K solo in 2006 is her first in London. She has participated in over 50 group shows, many of them in Paris, New York or Athens.

Her work can be found in the National Gallery of Greece, in the Greek Parliament and in several international private collections. 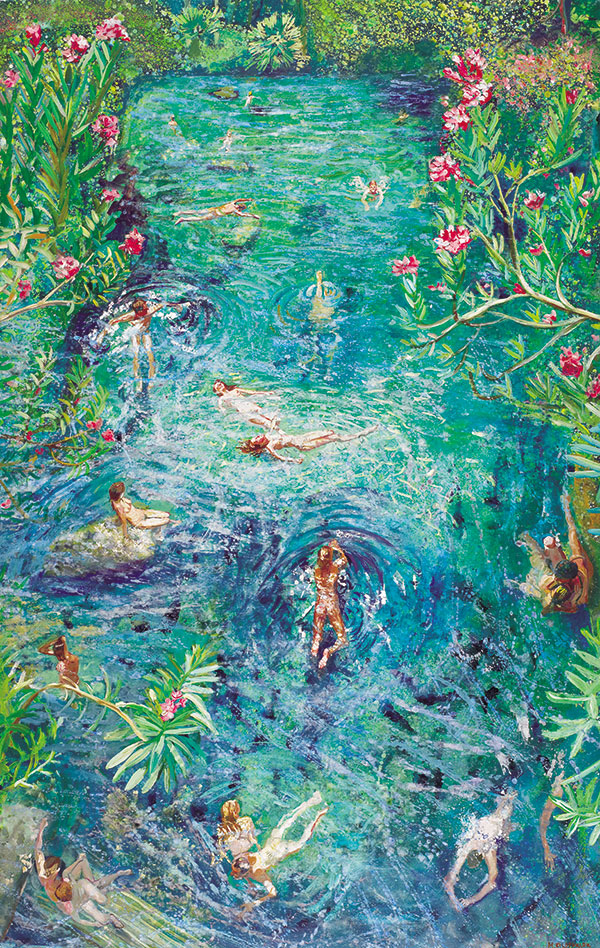